Holy shit, how many times is this subscription going to change names? It was affiliated with Book Riot, then it was just the Quarterly Literary Box, now it’s PageHabit. Make up your mind!

You may remember me complaining about this box in the past because the “bookish goodies” it supposedly has typically includes things like a four-pack of shitty crayons, or, last quarter, a terribly made metal water bottle that couldn’t possibly have cost more than a quarter. Just shameful, ya’ll.

This month was . . . somewhat better? Still confused about this name change. Gotta wrap my brain around it!

The curator this month was Gin Phillips, who is apparently the author of The Well and the Mine and Come In and Cover Me, neither of which I’d heard of. This month Fierce Kingdom, her fifth novel, is being released, and that’s what the box centers around.

This book has been very well reviewed and is described on Amazon like this:

“An electrifying novel about the primal and unyielding bond between a mother and her son, and the lengths she’ll go to protect him.

The zoo is nearly empty as Joan and her four-year-old son soak up the last few moments of playtime. They are happy, and the day has been close to perfect. But what Joan sees as she hustles her son toward the exit gate minutes before closing time sends her sprinting back into the zoo, her child in her arms. And for the next three hours—the entire scope of the novel—she keeps on running.

Joan’s intimate knowledge of her son and of the zoo itself—the hidden pathways and under-renovation exhibits, the best spots on the carousel and overstocked snack machines—is all that keeps them a step ahead of danger.

A masterful thrill ride and an exploration of motherhood itself—from its tender moments of grace to its savage power—Fierce Kingdom asks where the boundary is between our animal instinct to survive and our human duty to protect one another. For whom should a mother risk her life?”

I actually didn’t read any of that because I don’t like knowing what books are about before I start reading them. Does it sound good? WHAT’S IT ABOUT. Somebody tell me, also, no one tell me.

The first book she chose is Run by Ann Patchett. Hey, I know that lady! She wrote Bel Canto which I read a billion years ago and super loved and then I never read anything else by her for some reason. But apparently soon I’ll be reading Run, which Phillips says she chose because it, like her own, is about what it is to be a family. This book is described like this:

“Set over a period of twenty-four hours, Run shows us how worlds of privilege and poverty can coexist only blocks apart from each other, and how family can include people you’ve never even met.

Since their mother’s death, Tip and Teddy Doyle have been raised by their loving, possessive, and ambitious father. As the former mayor of Boston, Bernard Doyle wants to see his sons in politics, a dream the boys have never shared. But when an argument in a blinding New England snowstorm inadvertently causes an accident that involves a stranger and her child, all Bernard Doyle cares about is his ability to keep his children—all his children—safe.

Set over a period of twenty-four hours, Run takes us from the Museum of Comparative Zoology at Harvard to a home for retired Catholic priests in downtown Boston. It shows us how worlds of privilege and poverty can coexist only blocks apart from each other, and how family can include people you’ve never even met. As in her bestselling novel Bel Canto, Ann Patchett illustrates the humanity that connects disparate lives, weaving several stories into one surprising and endlessly moving narrative. Suspenseful and stunningly executed, Run is ultimately a novel about secrets, duty, responsibility, and the lengths we will go to protect our children.”

Once again, I didn’t read it. It sounds good though, right? I think so. Do you think so? I don’t actually know! 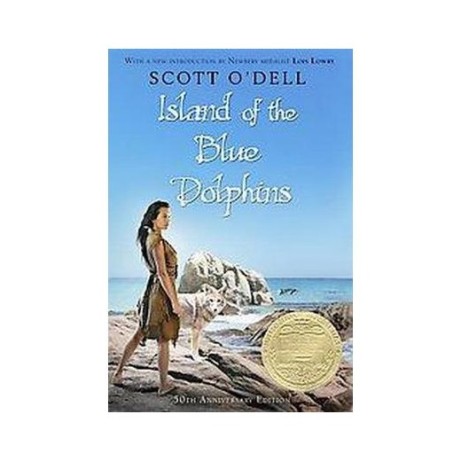 The third book she chose was Island of the Blue Dolphins by Scott O’Dell, which I’m pretty sure every American is required by law to have read by the time they are 12. Right? Is that not true anymore? Well, I’ve read it! It was one of my favorite books as a kid and I’m surprisingly excited to reconnect with it. Here’s how it’s blurbed on Amazon:

“Far off the coast of California looms a harsh rock known as the island of San Nicholas. Dolphins flash in the blue waters around it, sea otter play in the vast kep beds, and sea elephants loll on the stony beaches.

Here, in the early 1800s, according to history, an Indian girl spent eighteen years alone, and this beautifully written novel is her story. It is a romantic adventure filled with drama and heartache, for not only was mere subsistence on so desolate a spot a near miracle, but Karana had to contend with the ferocious pack of wild dogs that had killed her younger brother, constantly guard against the Aleutian sea otter hunters, and maintain a precarious food supply.

More than this, it is an adventure of the spirit that will haunt the reader long after the book has been put down. Karana’s quiet courage, her Indian self-reliance and acceptance of fate, transform what to many would have been a devastating ordeal into an uplifting experience. From loneliness and terror come strength and serenity in this Newbery Medal-winning classic.”

Closed my eyes again. I know, I know, I’ve read it – but still, it’s been awhile – I want to be surprised! I believe there are dolphins. Also, the girl in the story is a badass and also maybe kind of sad? We’ll see how much my general memory of it holds up! 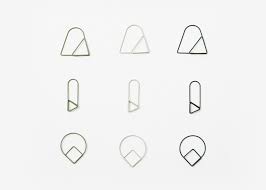 So that’s the books but what about these “bookish goodies” I’m always tsk tsking about? Well, they were better this month. First we had a this set of large paperclips from Areaware. These are large enough to double as earrings, if that’s something you’re into. Also, I’m taking their picture from the internet and mine look a little bit different than theirs. Namely, the circles are more circly on mine, versus theirs that look a little bit longer than they are wide, and the um, long ones? Are pretty penis-like on mine. 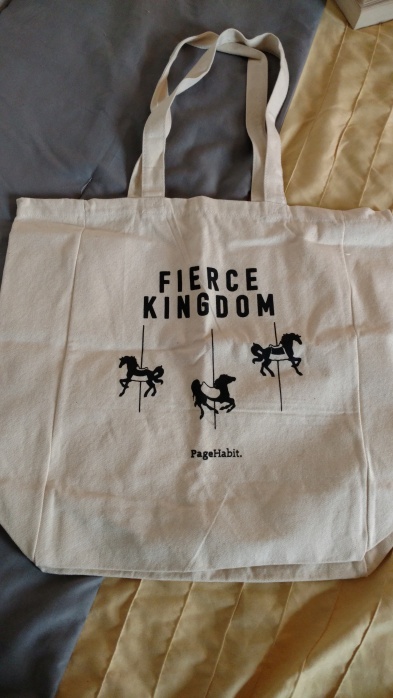 Finally there’s this canvas bag with the name of the book and cover art work. First of all, this is well made. It’s got that nice flat-bottom when it’s open and the handles are long enough for me to comfortably fit it over my shoulder. That said, I’m always a little iffy about marketing materials being pushed as “fun extras.” Sure, give me a bookish canvas bag – I’m all about it – but if you do so for a book that you’re currently, actively advertising, it’s not a gift, it’s a part of your advertising plan.

This is also why I never count bookmarks with the name of the book or subscription box as “bookish goods.” Even if the artwork is great or they’re unusual in some way, they’re still marketing materials. Thanks, I like ’em, but don’t try to sell them as gifts.

So that’s it. Did I like this month? Um, sure! I of course haven’t read the books yet so we’ll see. I appreciate that they took a little more care in the “bookish goods” but considering the books they send are easily obtainable, mass marketed books, I’m still not convinced that the goodies are goodie enough that I wouldn’t want to just buy the books they choose after this box comes out.