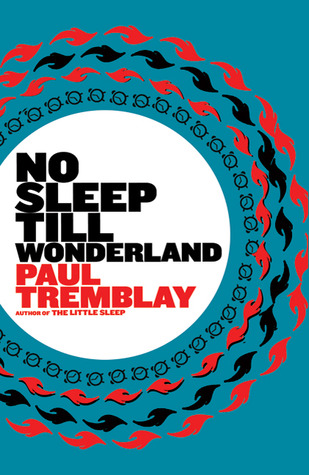 The first book was No Sleep Till Wonderland by Paul Tremblay. I didn’t actually end up finishing this one. It just wasn’t for me. This is the second book in a series and someone on GoodReads said that it doesn’t standalone. I’m not sure that was the issue for me – what I really wasn’t into was the constant stretched similes and ridiculous metaphors. The story follows a narcoleptic private investigator and perhaps if you’re big into PI books, this one would hold your interest. It didn’t hold mine.

That’s fine by me though – this subscription is so affordable and gives me a chance to try such a wide variety of books that I don’t need to like them all to still get great value from it.

Recommended for: Fans of detective novels; people who enjoy overwrought metaphors and similes.

Does it pass the Bechdel–Wallace test? N/A Not in the 100 pages I read, but perhaps later. 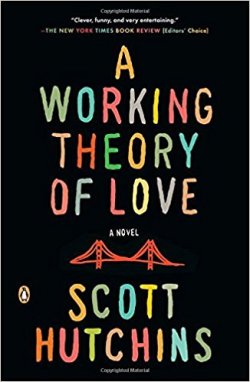 Second is A Working Theory of Love: A Novel by Scott Hutchins. I wasn’t nuts about the writing style in this book either but it didn’t actively annoy me (just passively!) and the plot was unique and interesting enough to keep me going.

The story is that of a protagonist, Neill, who is recently divorced from a woman he maybe-still-loves? He’s looking for new direction in his life so when he’s hired to work on a weird scientific thing, he does it. Basically, a scientist type guy is trying to create a computer that can pass the Turing test and they’re using Neill’s father’s diaries. Neill’s father committed suicide ten years before this is all taking place and so he ends up having a sort-of relationship with the computer version of his father.

It’s an interesting concept and I think it was fairly well done. There were a lot of subplots, including weird sexual affairs, corporate espionage, etc. I think this was a solid book that, in the end, just didn’t move me enough to recommend it to someone else.

Recommended for: Folks who like reading about technology; fans of AI in books.

Does it pass the Bechdel–Wallace test? No.

Finally we have The Transcriptionist: A Novel by Amy Rowland, which is easily one of my favorite five books of the year. The story is that of a Transcriptionist (you’re shocked, I know) who works for a newspaper. She’s a loner gal, who sits alone in a room all day and types up the words of reporters. Early in the book, she’s transcribing a story about a blind woman who got into the lion enclosure and was eaten by said lions. It was deemed a suicide.

The transcriptionist realizes when she sees the completed story with the woman’s picture, that she’d had a run-in with her just a few days before she took her life. The story then follows the transcriptionist’s obsession with solving the “mystery” of this woman’s life – and also how and why the woman’s corpse seemingly disappeared from the morgue.

The writing was so good, so funny at times and really satisfyingly realistic and relateable and melancholy all at the same time. I just loved everything about it.

Recommended for: Folks who like books about complex women; people who think that being eaten by lions sounds fun; a person who likes a mystery but wants to read one that’s not necessarily genre fiction.

Does it pass the Bechdel–Wallace test? Yes.