Okay. Listen guys, listen: The first thing you’ll notice when I review the books I received in my January box from Blue Spider’s Attic is that I really super didn’t like a single one of them. Three books and all of them get boo-hiss warnings from me. But wait! I still love this subscription. I did exactly what I wanted it to do – it put me in touch with some writers that I wouldn’t have otherwise read. Sure, I disliked their work this time, but this box is so affordable and fun that I’m still pleased with the value.

The curator describes this box as, “The magic of a used book store, delivered.” Except it’s actually even better because also, coffee! There are two different boxes available. First is The Attic Box by Blue Spider Press, which includes three second-hand books, a small package of coffee or tea, and several bookish items. This is just $21.99+ shipping if you buy a single box, though I paid $105.99+ shipping for a 6-month subscription, which is about $17.60 per month.

No matter which box you choose, you fill out a few surveys about your likes. The forms I filled out included clarifying language that assured me I was not guaranteed the genres I selected. Which ended up being valid because I got three science fiction / fantasy books despite the fact that I am not the right audience for this. 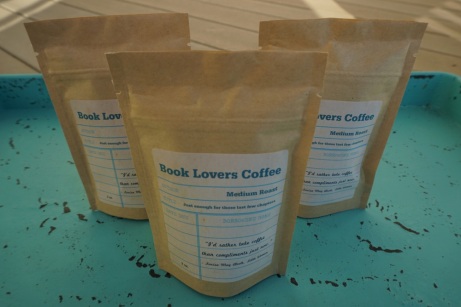 Picture from the company’s website – Blue Spider’s Attic included one of these two-ounce bags in my box.

My January coffee was Book Lovers Coffee roasted by Lexington Coffee Company on  (12/15/16). It’s described as a medium roast (true) and has a Louisa May Alcott quote on it: “I’d rather take coffee than compliments just now.” The sample was two ounces, which ended up being just enough for me to make a pot in my large French Press. This was a great coffee, very nutty and just smooth and nice. A+. Those who chose tea got some flavor of Stash tea.

Oh, did I mention that January’s theme was “Celtic and Norse Mythology”? Well it is – though you’ll figure that out quickly enough (you smarty, you) when you read about the rest of the contents.
First is a “framed print feature a Celtic or Norse figure or legend.” Mine is The Norns, which apparently refers to several different types of Norse goddesses. This isn’t really to my personal taste but I still think it’s badass and I know I’ll find someone who loves it. It’s printed on high quality paper and has a high quality matting as well. 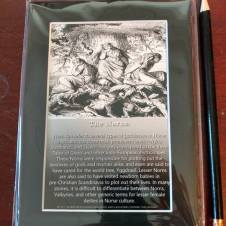 Next is a “metal bookmark, handcrafted by The Attic Box.” This was a sword with black and white beads hanging from the handle. This is once again high quality and it’s definitely a unique item. I like it very much.

Then we have “one necklace, handcrafted by The Attic Box.” It’s on a fabric rope that is a little bit longer than choker length. I have no idea what that symbol means. Anybody know? It’s a lightweight metal and not to my taste but again, I appreciate that it was crafted just for this box. 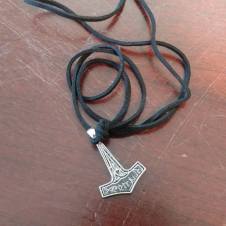 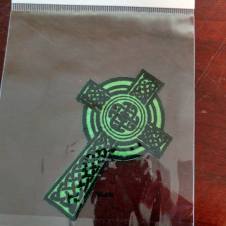 Next is a “Celtic cross patch.” I know exactly who this going to and they’re going to love it.

The last thing described on the handout thing is “One paper bookmark exploring ancient symbolism” but there are actually a few other things including a Blue Spider’s Attic sticker, Ex Libris bookplate, and a print out of Viking Runes. 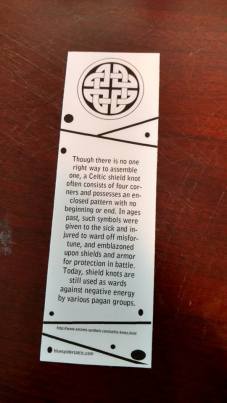 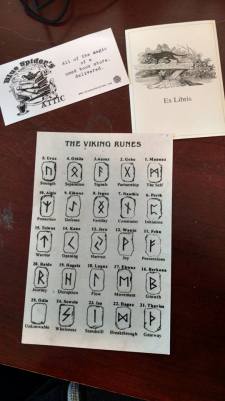 I think this stuff was all pretty fun and some of it was higher quality than I would expect from such an affordable box.

Now, on to the books, which I’ve already spoiled and told you I didn’t like. 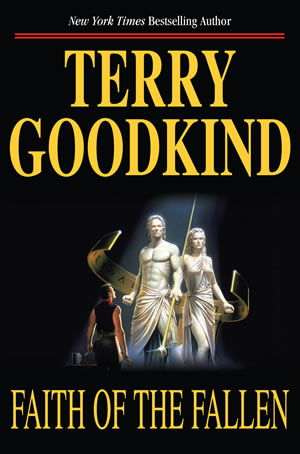 First is Faith of the Fallen by Terry Goodkind. Good lord, this was awful. So many awful tropes in this book, let me tell you – and so much rape! Enough with the rape, I get it, damn. What was more aggravating to me than anything else in this book though was the fact that it was clear the author had attempted to create some “strong women” characters but they were either a) very masculine because apparently a woman can’t be feminine and also strong or b) only existed to serve men. They could be strong – but only to further the men’s needs. Not ever for their own needs. Super aggravating. I’m surprised I made it through this. Don’t do it guys, just don’t do it.

Recommended for: My enemies.

Does it pass the Bechdel–Wallace test? Hahaha! That’s funny. 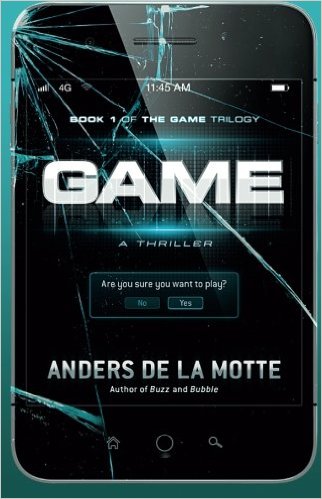 Next is Game, which is apparently the first book in The Game Trilogy by Anders de la Motte. This book was pretty unbelievable. Like, this super dare devil guy got mixed up in bad news bears stuff and then it got worse and then stupider things happened. That pretty much summed it up. Like Mr. Goodkind there, de la Motte here tried to add some “strong women” characters but when the perspective changed and we got to see what was going on in their heads, all they ever thought about was a) pleasing men b) impressing men or c) snagging men. On the other hand, when we were in the head’s of men, they thought about furthering their careers, their own glory, etc.

Does it pass the Bechdel–Wallace test? Nope 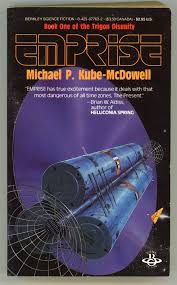 Finally, we had Emprise by Michael P. Kube-McDowell.Yeah, I didn’t read it. I started it and then read some reviews on Goodreads and it seems like it’s something that those who appreciate this sort of pulpy science fiction genre would love. But it wasn’t for me. I’ll send it out to my Little Free Library and I’ll bet it’ll make someone’s day.

As I said, none of these books were winners for me but there was so much fun stuff in this box and some books I would never otherwise have known – which is just what I want in a subscription box. I’m looking forward to more boxes from these folks.